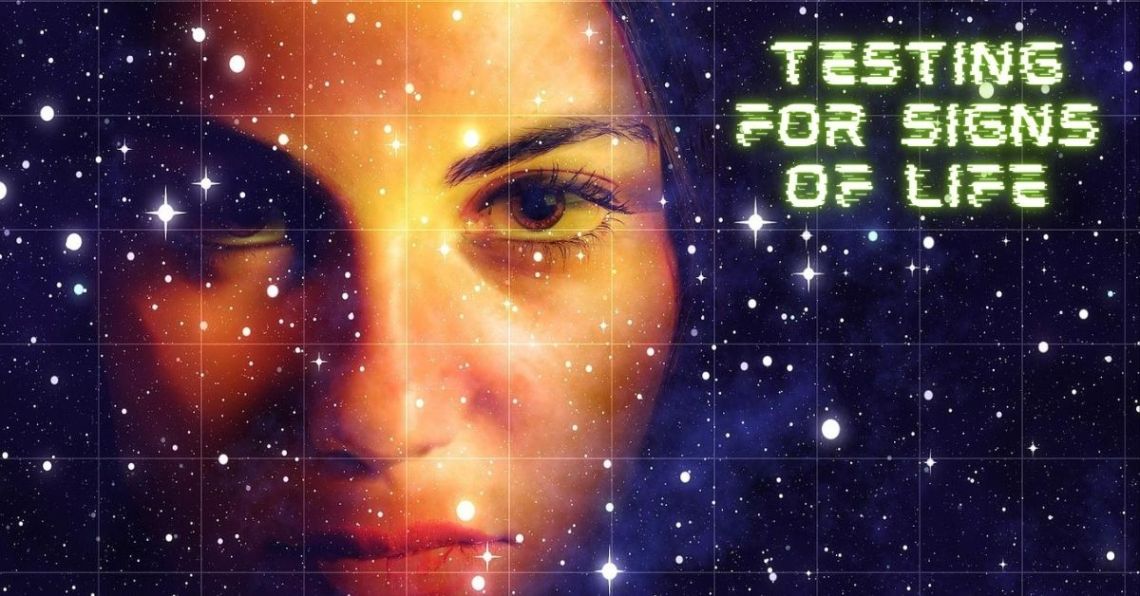 “She was smiling when they put her in the capsule.”

General Wright did not respond straight away, quite deliberately. He was staring deeply into the screen of his tablet, squinting at the details and graphs erupting before him. It helped him ignore the sounds of the crying scientist sitting next to him in front of the bank of monitors.

“I was there, remember. I saw it, I was watching from the launch site,” said the general in a low deadpan drawl.

“How could we do that to a young life?” protested Dr Ash.

“Let’s not go over this again. She was from the streets, she had a disease that would kill her in five years anyway. She wanted money for her family and we helped. We made a choice. We had to test interstellar travel. It is for all our good, you knew that then, you know that now. Stop pretending it’s a surprise or a mistake. We… No… That little girl… Laika, a brave soul, she made a path for all humanity to go to the stars, she is the first to travel beyond light speed. She counted for something in the end, isn’t that what everyone really wants?”

The words fell on deaf ears. The scientist was resolute in his remorse.

“We murdered a child. That… That is the truth… And for what? I was there in the room when we received the first retrieval data, it was her death sentence and she knew it. A solar system as dead as a graveyard. Five rocky planets with no more life than our moon. It was pointless. When she arrived in that system all I heard was her crying for her mother. It made our murder real, the other stuff, just numbers and data and bullshit.”

General Wright sighed. He was genuinely tired. Ethics was a move in a board game. It had irritated him from the beginning that some of the so called ‘geniuses’ employed for the hyperjump programme were so wrapped up in details of this nature, there was no time for it. They held so much guilt ‘after the event’ of sending a human specimen, a volunteer no less, into the void for the good of all Mankind. People on Earth were dying in their billions and this was seen as a possible solution. One life never really mattered. He found their sentimentality naive and hypocritical at best, a problem to a solution at worst.

Wright decided in his wisdom to play counsellor.

“Ok, Ok…. We know she died, and unfortunately we heard her as she passed. I get that is hard. I get it. Do you know, she may have started the salvation for our entire human race? Knowing those planets are dead is good information. We can now turn our attention to the other two systems that show promise. We just need one planet. That’s all we need. If we can get one person to another planet in another solar system, by God we can move everyone. We just need a world like this one used to be. We have the technology. Besides, the way she died, we knew that if the scans for life signs were negative shutting down her life support was a better way to go than starvation and dehydration. Just be stronger. We are closer to success with every failure.”

The scientist was blubbering, his head in his hands. General Wright felt a bit disgusted. It reminded him of watching his young son fail and cry in athletics. It was important to stop pretending success was easy.

The general walked in a circle, following the shiny emblem on the floor of Ground Control and with resignation, decided to get some much needed air, a trip that would require several ID checks and long corridors before reaching the monolithic building’s exit.

When he emerged into the acrid oven-like air outside, he slumped onto a handrail with his forearms and stared out at the horizon beyond the launch pads. The sun was a sinking red disc, crumbling into the edge of the world where land met the sky. Only yesterday another global heat record had been recorded of 62 degrees Celsius in Death Valley, but such stories were always on the news, diluting the impact of impending doom on a daily basis. Perhaps it was time to give up and die with the planet, it was likely we would do the same thing to the next one we squatted on.

‘No’ he thought, deciding to stand straight as he faced the disintegration of the day. Other people were simply polluting his vision, tainting his resolve with their weakness. It was important to send humans out there, to test the ships, the gear, the comms.

He frowned. It was hard to forget one thing. That day before she was due to attend the passenger training programme. He had given her a dinner, a banquet at one of his own homes. He invited celebrities that she liked, gave her a new dress, something she told him nobody had ever done before. She had turned to him and with no apparent emotion and hugging her tatty toy bear, like a talisman she had trusted in, she had said, “You have given me heaven, Sir”. That innocence, it was rare.

He recalled how he responded. They were alone in the hallway but still he had huddled in close and whispered to her ear like he was sharing a top secret: “When you get to the edge of the new solar system, you’ll see beautiful green and blue planets. You’ll have to choose one, tell the computer on the spaceship and it will land you there. You’ll be deciding a new home for everyone left here, you’ll make the call. When the ship lands, you’ll see wonderous sights, like birds with colourful feathers, trees baring fruit, their branches swaying in cool winds. There will be lots of interesting animals, bubbling rivers and green grasslands. You’ll need to record it all on the cameras for us, so when we arrive you’ll be able to tell us all about what you have discovered. We can bring your mother there and build you a big house. How does that sound?”

The general’s watch phone bleeped rythmically. It shook him out of the memory.

“What is it?” he barked to his wrist, irritated he couldn’t even take a moment for himself outside. He listened and smiled. “The next subject is ready you say, well good. This time forget the preparty nonsense, just give the boy what he wants for his brothers and get him on the programme. We’re not wasting any more time. I want him on the next ship to the stars this time next month. We are going to find a new world and hell, we’re going to start this shitty society all over again. That’s an order!”

Writer of fiction, non-fiction, magazine articles and commercial content. I live in Wiltshire, UK, run a small marketing agency, edit a science magazine and consider myself lucky every day to have a family, health and a mind that won't sleep for possibilities. View all posts by richardforsyth